Recently we had an unplanned power cut and the server was not powered down properly. The server is a DELL R520 with a PERC H710 RAID controller and 8 x 3.5″ drive bays and we have 8 x 3Tb SATA drives in a RAID 10 configuration. After the power cut, one of the drives ended up in a “FOREIGN” state but when below in the video one can see that all harddrives show a green light so the drive is not degraded per se.

Many of the online resources say that this could happen if we are not using DELL harddisks but for us all drives were bought directly with DELL so this is a moot point. We are running ESXi on this server and managed to install Open Manage (OMSA) on a windows server; with 10Tb of data on the system we were decidedly scared to touch anything that might cause data loss.

Finally after clicking into the option of “Foreign Configuration” – we were finally presented a means to clear the “foreign” status and followed by an ominous warning:-

We grit our teeth and pressed OK and then afterwards the disk was released and to re-integrate it back into the array we had to re-assign it to be a hot-spare. Actually to call it hot-spare was slightly mis-leading for us because all 8 drives we had were originally in this array so this foreign drive was not a hot-spare but was actually part of that array.

After assigning this drive as a hot spare the raid array started to re-build and hopefully the status will revert back to normal soon.

So this is what we ended up doing for clearing Foreign Configuration:

(1) select the controller on OpenManage, go to the “Information/Configuration” tab, on “Controller Tasks” select “Foreign Configuration Operations”, click “Execute”. On the next page, click “Clear”

(2) To put the disk back to the RAID array that it was on before: go to the “Physical Disk” view, on the “Available Task” for that drive select “Assign Global Hot Spare”.

And then fingers crossed, the drive should start rebuilding:- 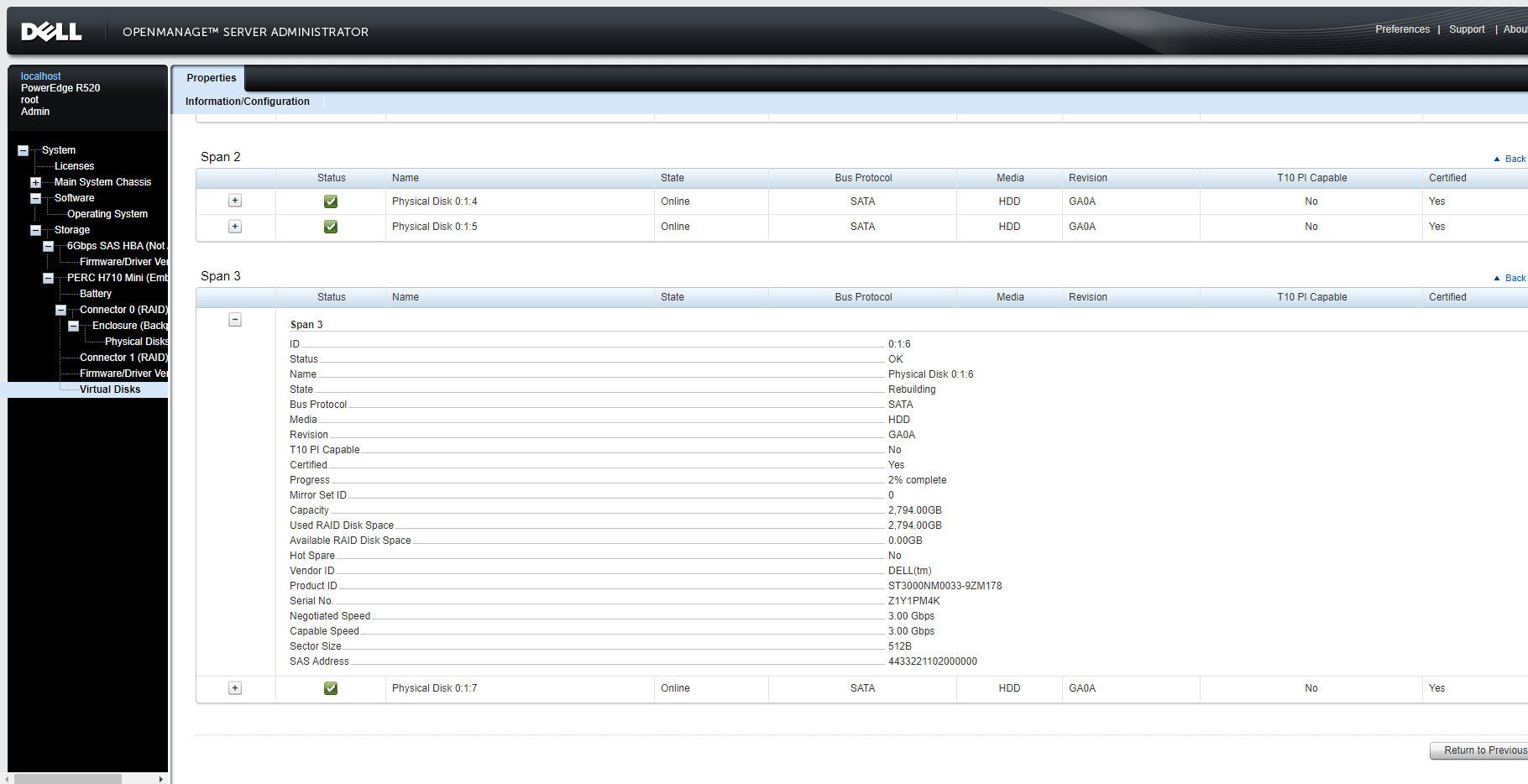 This is the instruction we followed:-
https://www.dell.com/community/PowerEdge-HDD-SCSI-RAID/quot-Foreign-quot-status-on-reseated-drive/m-p/3285154#M20059

DISCLAIMER: We take no responsibility whatsoever if things screw up!